Safi Dale takes a moment on MedComms Day, to reflect on her work experience placement with Nucleus Global.

I finished my A-levels last summer and am looking forward to going to Manchester University in September to study Biochemistry. Taking a year out has been really exciting and a great experience. However, I’ve been very conscious that I didn’t have a clear understanding of the avenues I could pursue after I graduate. So I was excited to arrange work experience at Nucleus Global and see what life is like in medical communications, which I hadn’t previously known much about.

My first few days were spent at Articulate Science. I was so nervous, because I had no idea what med comms entailed at all. This feeling left me immediately when I was greeted so nicely by everyone and I was given a briefing on the company and what they do. I sat in on meetings, helped to plan peoples’ schedules for the year and gathered information on current clinical trials.

Next stop was Health Interactions, where I was worked on slides to brief the animations team. Coming up with ideas on how things should be portrayed as 3D CGI wasn’t something I had expected. Although it was challenging at first, it was so interesting to think: “How would I want this explained to me?”

At MediTech Media there was lots of data checking to be done. No room for creativity with this one, but really reassuring to see how seriously this is taken in an era of #fakenews and ‘alternative facts’.

Going to the in-house creative digital team, SynaptikDigital, on a Friday was a good choice because I was given donuts… result! After one (or two…) I was shown loads of their work including a giant heart made of iPads and a whole range of different styles of videos. After fish and chips for lunch, I got to play around with some of their Virtual Reality work, including one that helps young children with a rare neuromuscular disease understand their illness. The next week we were working on a large augmented reality installation based on a series of 3D-printed cells showing erythrocyte maturation – really impressive. It’s such a huge range of ways of conveying loads of high quality medical information into fun, interactive, digestible chunks.

Now I’m sitting with the Patient Engagement and Commercial teams. Patients are at the heart of Nucleus Global and it’s been amazing to help them plan plain language versions of clinical trial publications and talk to patient organisations about creating effective materials. As well as supporting agency teams around the world with their new business pitches, the Commercial team are heavily involved in MedComms Day, which is why I’ve been asked to write this diary! I’m doing this in-between a lot of liking and sharing…

I’m really enjoying my time here – I didn’t know anything about medical communications two weeks ago – but now I know it’s full of much nicer and more creative people than I’ve found in lots of other kinds of office jobs. And I’m not being told to write this.

Contributions will come in from all around the world. It is all quite informal, and a great deal of fun, and we think it gives a useful insight into our specialist business. Many thanks to the many who contribute, one way or another.

Peter Llewellyn of NetworkPharma Ltd and founder of the global MedComms Networking Community initiative and curator for the day. If you have any comments or feedback please email Peter at peter@networkpharma.com.

Read this post for more details about how we intended it to work. 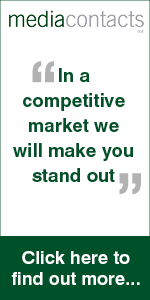 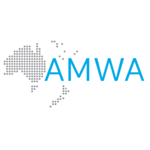 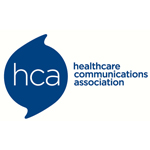 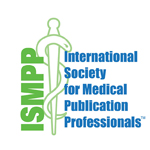